PhD student Michal Anděl has received award in POSTER 2016 for his presentation in field of ICS.

Pavol Žilecký won the best IT diploma thesis award of they year 2015!
The supervisor was Jan Hrncir.

The Czech Alpha Chapter of UPE has received an Outstanding Chapter Award for its activities.

Young researcher Michal Čáp from our Department has received a special prize of Jury of Joseph Fourier 2015 for postgraduate students for research in computer sciences and informatics, organized by French embassy.

On February 23-25, the Khalifa University hosted the Mohamed Bin Zayed International Robotics Challenge (MBZIRC) in Abu Dhabi. Our team MRS (Multi-robot Systems) cooperating at the competition with colleagues from universities in Pennsylvania and New York won the first place for building walls with drones, second for destroying defined targets (balloons) and the most valuable golden medal for winning the Grand Challenge. The team received $ 250,000 as a reward for winning Challenge 2. The International Jury has decided not to award the Grand Challenge prize this year and to release funds to secure the next years of the competition.

Three levels of the competition

During the first two days, robots could compete in three categories. The first (Challenge 1) consisted of the detection and destruction of balloons by the drones only, in the second (Challenge 2) the drones and ground robots had to collect colored bricks and place them on a certain wall, and the third contest (Challenge 3) was about extinguishing fire. The program of the third day of competition was followed by the Grand Challenge, a combination of all previous disciplines. This competition is difficult due to a very limited time during which the robots have to perform demanding tasks, combining several assignments from the previous rounds during which conditions have changed operatively. Thanks to our expertise of the field robotics, the ground robots were working reliably in the adverse terrain of the contest, which caused all other teams to fail dramatically.

Our team defended the huge success of 2017. Scientists were preparing for the competition really conscientiously; they went to test the machines under the different conditions prevailing in the UAE desert already in January this year, which proved to be a very smart strategy. The team leader Dr. Martin Saska describes the preparations as well as atmosphere as follows: “From the experience of the previous competition we knew that preparation for such a demanding competition at the venue was necessary. Only then can the drones be tuned for local conditions. Our solution proved to be the most reliable and we were among the few teams that were able to successfully complete all disciplines in the autonomous regime. I have to thank all our team members for working 100% and very often at the expense of their own sleep, as we were preparing for the contest as well as during the contest.” 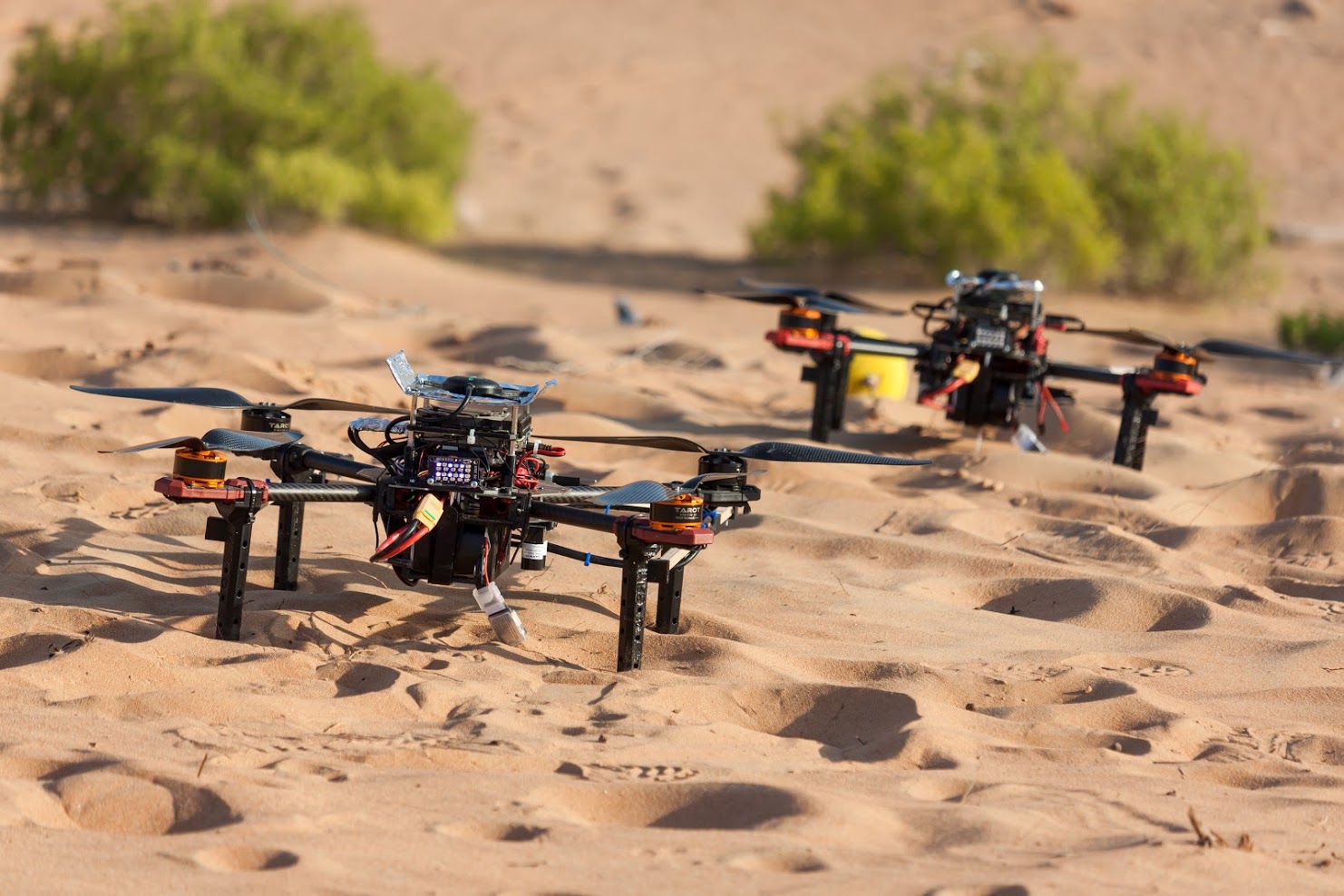 The competition was also carefully watched by the vice-dean of the Faculty of Electrical Engineering CTU in Prague prof. Oldřich Starý, who said: “Our students once again succeeded in the competition of world universities such as ETH Zurich, Georgia Tech, University of Tokyo, KAIST, Carnegie Mellon University, or Virginia Tech. During the competition I saw many interesting technical solutions, but also many pitfalls that some teams simply could not cope with. This is where I see our main advantage, our scientists are able to react promptly to the situation and adapt quickly. I was pleasantly surprised that the FEE CTU team gained such a huge start compared to the difficult competition. Their solution to some tasks was fascinating in this respect.”

J. F. Potužník, general commissioner of the Czech Republic's participation in the EXPO 2020 General Exhibition, who attended the final presentation of Czech drones and the award ceremony, commented on the team's success as follows: “It's a world success - I can't imagine it not being in the Czech Republic EXPO 2020 in Dubai. A week ago CTU formulas performed in Abu Dhabi, today drones ... I feel our EXPO in the UAE has already begun. ”

Our trace in the success

Three of our AI Center's researchers participated in this competition and were responsible for operating the ground robot: Tomáš Krajník, George Broughton and Filip Majer. Congratulations guys for representing our research center at such a prestigious event!